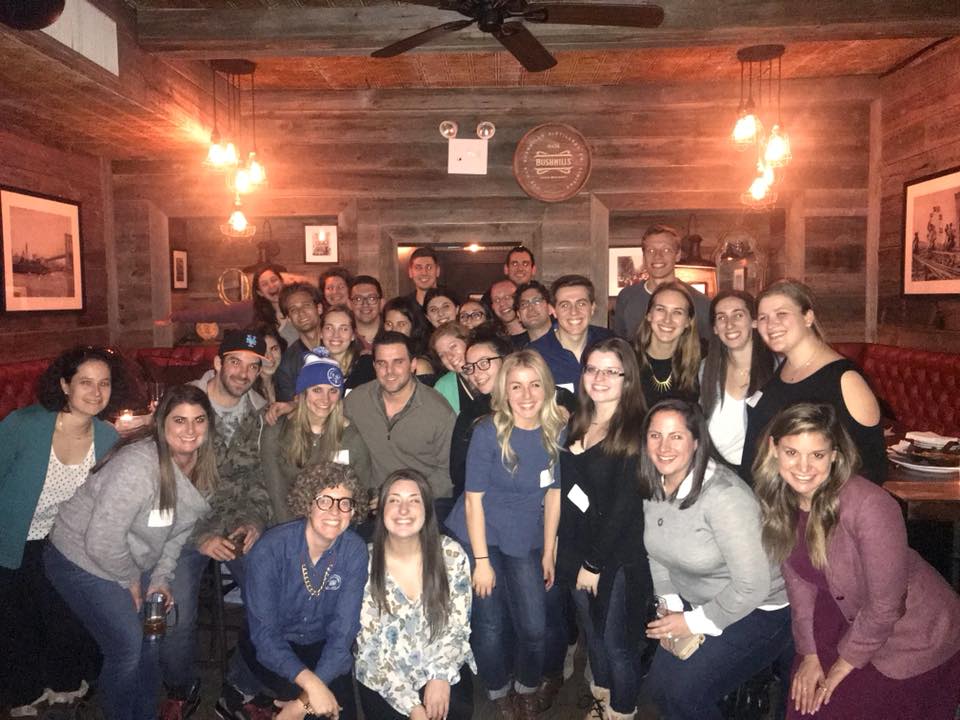 Over 40 Perlman and Beber Camp Alumni Association members gathered for a combined Bar Night in New York City this past Thursday — the first of its kind! Though the two camp grounds exist states way, both have strong alumni communities that live in or near the City. The Bar Night was an opportunity for neighbors to get to know one another, mingle with the old and new, and share camp stories. Over drinks and appetizers, the biggest game of “Jewish Geography” took place, and many were already asking when the next combined event would take place.

By the end of the night, Perlman alumni were discussing the next big event (Alumni Weekend 2018!) and were taking full advantage of the Early-Bird registration special, running for one last day. The group is already counting down the days until they reunite in Lake Como for the event of the year that is just a few short months away! Be sure to snag your ticket here and join in on the fun. The weekend is sure to be filled with lots of celebration, including Shabbat, Israeli Dance, Softball, Lake and Pool games, and even an Apache Relay. Alumni (Pio Power 2010!) Remy Gordon compared life to an Apache Relay, remarking “Isn’t life just one big Apache Relay? Like, turn your plates, people.”

Camp shows up in the craziest corners of life, doesn’t it?